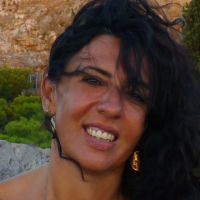 I'm a photojournalist who documents social issues related to the exploitation of workers, health problems, immigration and gender.
My story "Women's bodies as a battlefield" has received the first place at Issue Reporting Stories Poy (Pictures of the Year International) in 2022 and my project "Like two wings" on asbestos victims received an award for excellence at the Poy Science and Natural History Picture Story (2016) and the first place for Best Portfolio at the Umbria World Fest Award (2019). I've been working on a long term project about the migration journey of Eritrean and Tigrinya women who stop in Africa since 2017; I've documented this issue in Eritrea, Ethiopia, Sudan and Egypt.
I published in international magazines such as Lens New York Times, Days Japan, 6mois, XLsemanal, Aftenposten, Mind, Open Migration and Africa. I'm also a photography teacher and the artistic director of the FolloWme social art Festival In Follonica (Tuscany).
I worked for many years in a Department of Mental Health as psychologist, this allowed me to develop communication and relational skills which are really important also in my work as a photographer.